Posted at 03:20h in Blog by Solaracks 0 Comments

Solaracks design and manufacture aluminum solar mounting system, we deal with the material aluminum every day. What is Aluminum? Why we choose this material for the solar mounting structure with design lifetime 25years? We will present a series of articles for more understanding of aluminum.

Aluminium is light, durable and functional: these are the qualities that make aluminium one of the key engineering materials of our time. We can find aluminium in the homes we live in, in the automobiles we drive, in the trains and aero planes that take us across long distances, in the mobile phones and computers we use on a daily basis, in the shelves inside our fridges and in modern interior designs, but a mere 200 years ago very little was known about this metal. 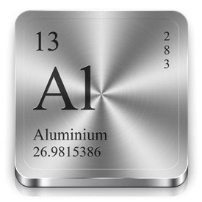 Aluminium or aluminum is a chemical element with symbol Al and atomic number 13. It is a silvery-white, soft, nonmagnetic and ductile metal in the boron group. By mass, aluminium makes up about 8% of the Earth’s crust; it is the third most abundant element after oxygen and silicon and the most abundant metal in the crust, though it is less common in the mantle below. The chief ore of aluminium is bauxite. Aluminium metal is so chemically reactive that native specimens are rare and limited to extreme reducing environments. Instead, it is found combined in over 270 different minerals.

Aluminium is remarkable for its low density and its ability to resist corrosion through the phenomenon of passivation. Aluminium and its alloys are vital to the aerospace industry and important in transportation and building industries, such as building facades and window frames. The oxides and sulfates are the most useful compounds of aluminium.

Despite its prevalence in the environment, no known form of life uses aluminium salts metabolically, but aluminium is well tolerated by plants and animals. Because of these salts’ abundance, the potential for a biological role for them is of continuing interest, and studies continue.
At the same time, because it easily binds with other elements, pure aluminium does not occur in nature. This is the reason that people learned about it relatively recently. Formally aluminium was produced for the first time in 1824 and it took people another fifty years to learn to produce it on an industrial scale.

The most common form of aluminium found in nature is aluminium sulphates. These are minerals that combine two sulphuric acids: one based on an alkaline metal (lithium, sodium, potassium rubidium or caesium) and one based on a metal from the third group of the periodic table, primarily aluminium. 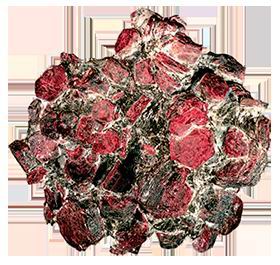 Such precious stones as ruby, sapphire, aquamarine and emerald are also aluminium minerals. The first two are corundum, i.e. aluminium oxide (Al2O3) in crystal form. It’s naturally transparent and in terms of strength it’s only second to diamonds. Sapphire is used in bullet proof glass, aeroplane windows, scratch resistant smartphone screens. In the meantime one of the less precious corundum minerals, emery, is used as an abrasive, for example in sand cloth. 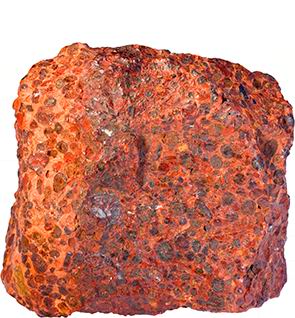 Bauxites were discovered in 1821 by geologist Pierre Berthier in Southern France. The new minerals were named after the area they were discovered in: Les Baux. About 90% of the global supply of bauxites is found in tropical and subtropical areas such as Guinea, Australia, Vietnam, Brazil, India and Jamaica.

Aluminium production requires huge amounts of electricity, about 15 MWH per tonne of output. That’s approximately as much as a 100-apartment block consumes in a month. So the best site for an aluminium smelter is next to a powerful, preferably renewable, energy source. Hydroelectric power plants are the best option as they are the most powerful ‘green’ energy sources available today.
Aluminum ground mounting
Properties of aluminium
What is aluminum?

PRE: What are the different types of PV Racking Ground Mounts

NEXT: Properties of aluminium