Posted at 07:42h in Blog by Solaracks 0 Comments

If you have read the solar PV module datasheet carefully. There is ambient temperature, also air gap requirement 100mm under the module. When modeling a solar PV project, maximum output is essential, to increase the mounting structure height definetely helps yield, how much ratio the air gap will influence the yield?

The Solar PV Module panel efficiency is affected negatively by its temperature increase. On the PV Modules installed in open atmosphere for power generation, Natural cooling effect benefits considerably to maintain panel efficiency & hence improve plant generation output. The heat loss from the PV Module is through conduction to roof, heat carried away through convection by surrounding air & radiation to roof sheet or to sky. Here the module to sheet-roof gap plays an important role to ensure convective cooling on lower surface of modules. A thermal analysis is made to arrive at optimum air gap. The phenomenon of heat transfer is analysed from basic principles & a conclusion is arrived at optimised gap to be between 100mm to 110mm, beyond which the benefits are negligible. And any attempt to provide higher air gap will have increased bending load on mountings, which is counter-productive on solar mounting structural design. 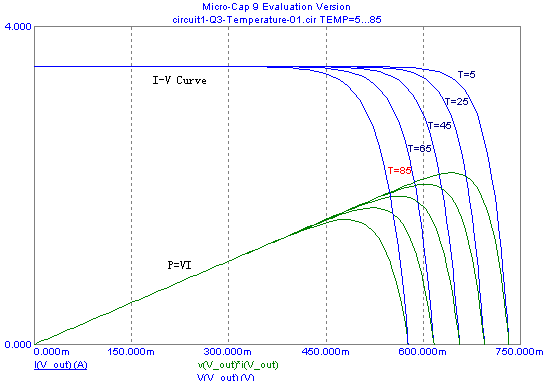 Though there are many more variables involved in deciding final power output, module temperature is a major contributor.

When solar panels are installed on a sheeted rooftop, they experience greater temperatures than the ambient temperature. Panels that are fixed parallel to the roof with little to no air-gap between the rooftop and panel are the least efficient and experience the greatest rise in temperature (~35°C), leading to lower power output. A typical solar mounting system of roof-top installation will allow for a sufficient air-gap between the roof surface and the panel, allowing airflow to have a cooling effect on the panel. In India there is a team did a detailed thermal analysis on a typical roof top Solar Panel installation, to arrive at optimum air-gap and the same is verified experimentally.

A typical heat balance of an installed Solar PV Panel can be summarized as:

As we can notice from heat balance calculation, the convective heat loss from the module due to air flow over the module surface forms about 65% of total heat loss. 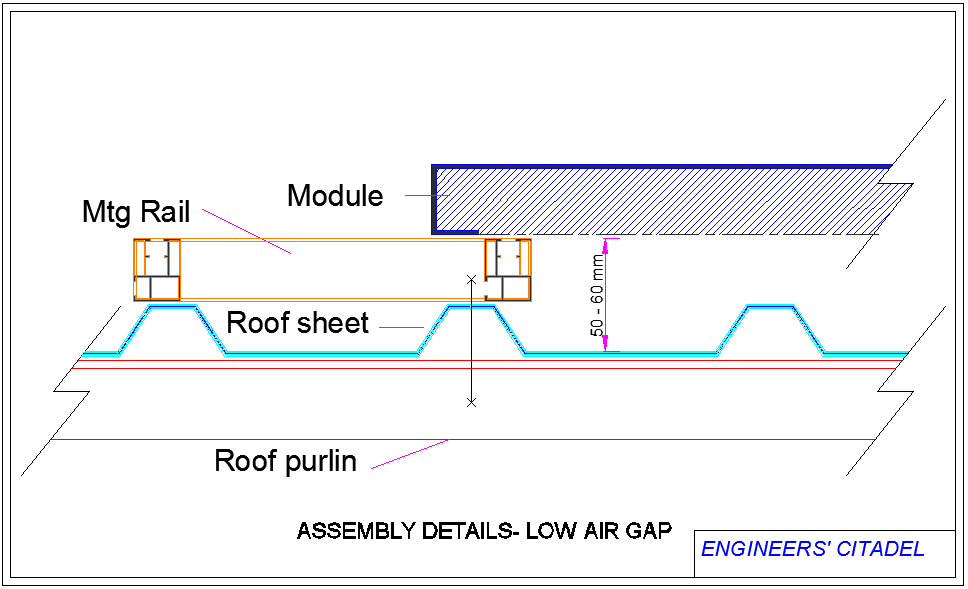 Module assembly with lower air gap, in rail-less solar mounting system it is common to have panels mounted on short rail brackets 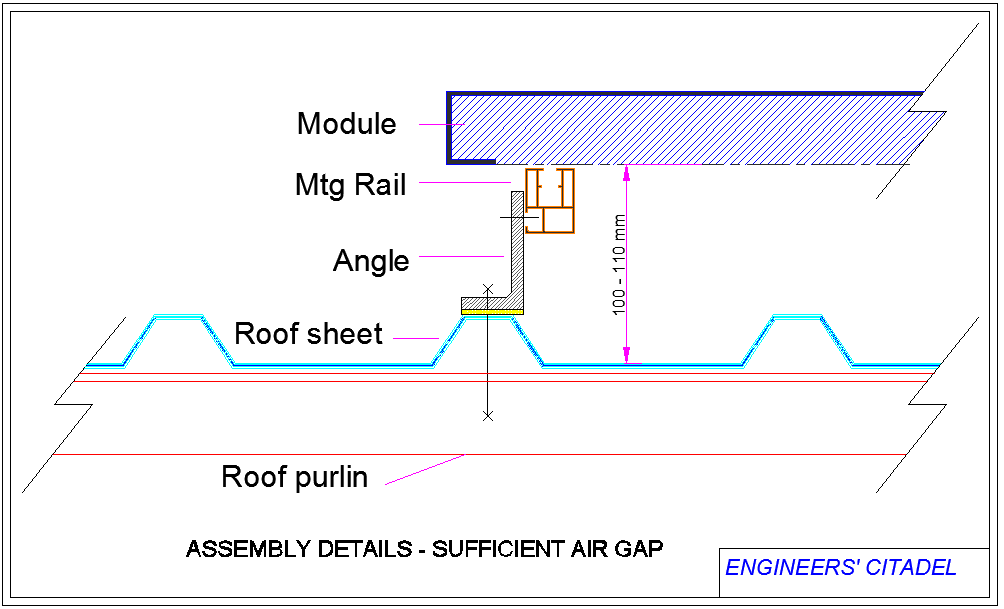 Module assembly with about 100mm air gap, it is a classic L foot railing system

This heat balance will ensure there is more heat loss than heat gain from solar irradiation. But any further increase in air gap will not provide benefit of heat loss proportionately. As this can be noticed from the curve of heat transfer coefficient verses air velocity gets almost horizontal.

To verify experimentally the analysis made, 1 solar power plant is installed on the industrial roof top on a corrugated metal sheet roof. Three strings of 8 modules connected in series considered for experiment. Following are the details of experimental set up made on the roof of M/s SEG, Bengaluru.

Output connection : String out put is connected to a DC energy meter and then to load bus-bar.

The experiment was done for 15 days by recording readings every day on hourly basis, from 9AM till 4PM. The solar irradiation was recorded hourly & the cumulative units of power generated from each SET was recorded. The PR calculated & results tabulated. 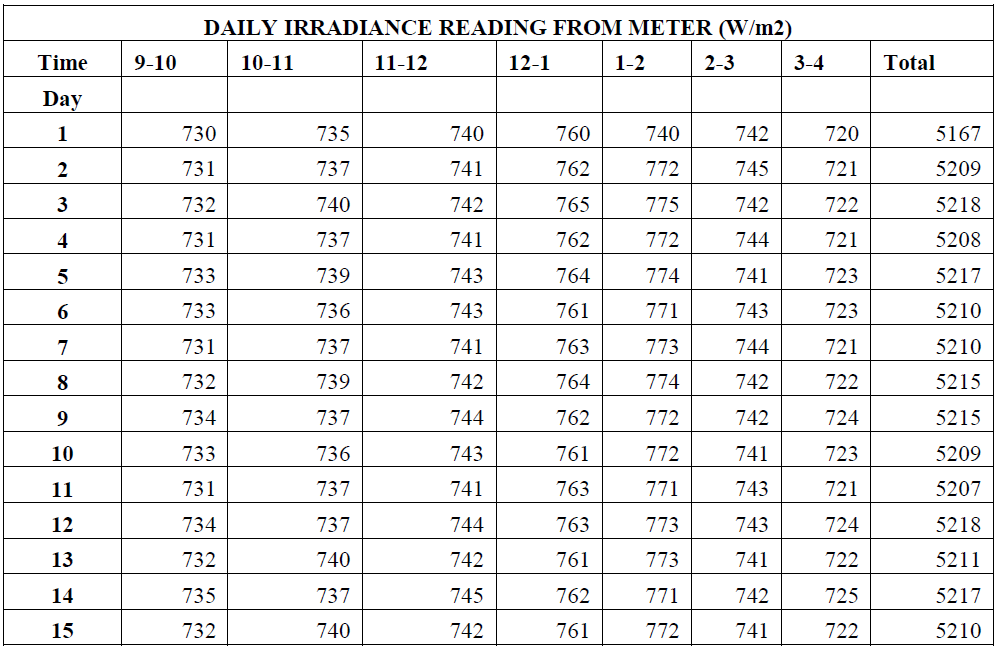 The PR calculated and tabulated as below: 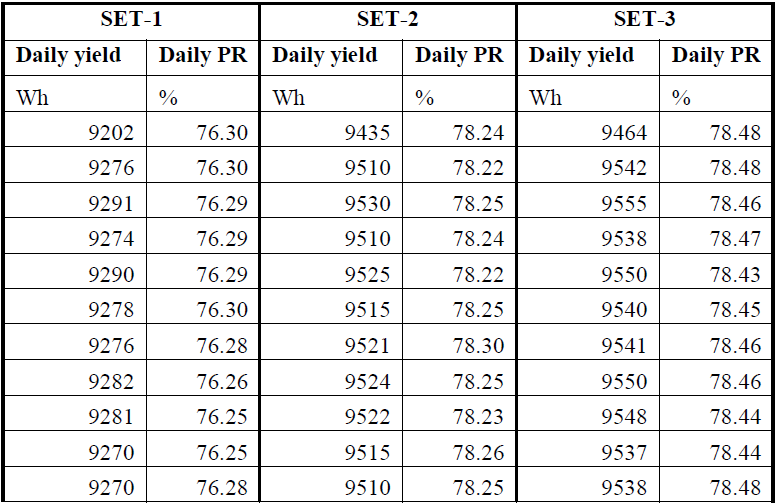 As can be observed from the results, the improvement in PR is :

The installation of Solar PV modules on sheet roof is most ideal to have an air gap of 100mm to 110mm. Lower air gap will lead to increased module temperature, which will result in lower generation output. Higher than this dimension will have negligible cooling impact, but will have adverse effect of increased moment loads of fixing.