Posted at 14:59h in News by Solaracks 0 Comments 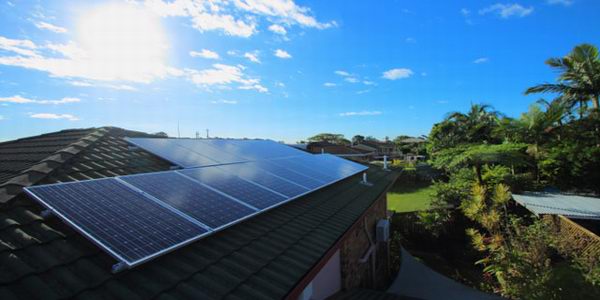 Fire classification is a fire-resistance rating system for building materials. In some locations, such as California’s wildland-urban interface (WUI) areas, building codes require the use of roof assemblies with enhanced fire-resistance ratings. Where this is the case, Subsection 1509.7.2 ensures that installing a roof-mounted PV system does not adversely affect the fire resistance of the roof.

Fire-resistance ratings for roofs. Per IBC Section 1505, roof assemblies are either nonclassified or fire classified. Nonclassified roof assemblies remain untested for fire resistance. Roof fire performance is classified by means of burning brand and spread of flame tests. Burning brand tests simulate what happens when burning embers fall on a roof surface. Spread of flame tests simulate how fire propagates across the roof. Fire-classified roofs are rated—in decreasing order of fire resistance—as Class A, B or C, based on their ability to withstand severe, moderate or light fire exposure.

Since Class A and Class B roofs provide higher fire resistance than nonclassified or Class C roofs, AHJs may require Class A– or Class B–rated roofs in areas with high wildfire vulnerability. For example, the City of Oakland implemented a mandatory Class A fire rating for all new residential roofs after the devastating 1991 firestorm. When California adopted the 2013 CBC and CRC on January 1, 2014, the number of jurisdictions with Class A and Class B roof requirements increased significantly.

Noted code expert Bill Brooks expects this trend to continue: “While current Class A and B fire rating requirements impact only about 20% of California, and only a few percent of the rest of the United States, it is likely that these percentages will rise dramatically over the next few years. The solar industry must be prepared to update its products to meet the demand for higher fire-rated roof systems.”

A key word in IBC Subsection 1509.7.2 is systems: PV systems—not modules—must carry a fire classification rating. Whereas legacy fire performance tests evaluated PV modules on their own, the new tests evaluate modules in concert with mounting system components. This represents a significant departure in how the industry evaluates PV system component fire performance.

System-level approach. Current building codes require the classification of PV systems using fire-resistance test methods that include both the module and the mounting system assembly. Per CBC Section 1505.9, “Effective January 1, 2015, rooftop mounted photovoltaic systems shall be tested, listed and identified with a fire classification in accordance with UL 1703.” Similar language appears in CRC Section R902.4, except that it replaces “systems” with “panels and modules.” While California is the first state to enforce these requirements, other jurisdictions will eventually follow suit.

Because fire exposure tests now must account for the performance impacts of PV mounting and racking systems, industry stakeholders needed to revise the fire classification requirements in the product safety standards for PV modules and mounting systems. This required new fire-resistance test protocols for PV systems. It also gave rise to a system for categorizing different module types.

UL 1703 and UL 2703 revisions.  In December 2010, the UL 1703 Standards Technical Panel (STP) initiated the review process by establishing a fire performance subcommittee. UL published its revised 1703 standard in October 2013 and ANSI formally adopted it as an ANSI standard in May 2014. While the updated UL 1703 has an effective date of October 25, 2016, California has already adopted the new testing and classification approach.

UL 2703, “Rack Mounting Systems and Clamping Devices for Flat-Plate Photovoltaic Modules and Panels,” is nearing ANSI accreditation. This standard references the fire-testing protocol in UL 1703 and further addresses the mechanical strength and suitability of racking and mounting system materials, as well as bonding/grounding assemblies.

Revised fire tests. The UL 1703 STP developed new fire classification test protocols in collaboration with the Solar America Board for Codes and Standards (Solar ABCs) and UL staff. These stakeholders developed interface test methods to evaluate how fire spreads on steep- and low-slope roofs with PV systems in place. Figure 1 illustrates performance of the spread of flame test for steep-slope mounting systems. Figure 2 shows a similar spread of flame test performed for low-slope mounting systems. These new tests evaluate what happens at the shared boundary or interface between the PV system and the roofing assembly.

Module type testing. There is some continuity between the legacy fire classification tests in UL 1703 and the revised requirements. For example, NRTLs still conduct spread of flame and burning brand tests on the top surface of modules. However, these fire performance test results are now part of a process used to categorize modules according to different types. NRTLs additionally categorize modules according to construction, which includes superstrate material, encapsulant material, substrate material, and frame type and geometry. UL 1703 currently recognizes 15 module types based on different combinations of fire performance and construction characteristics.

Module type testing is a very important part of the revised fire classification methodology. A PV system may undergo up to six tests to receive a fire rating. Classifying modules according to type makes it unnecessary to test each mounting system with every module. Once an NRTL fire classifies a mounting system with a particular module type, you can substitute any other module of the same type—as long as it fits the mounting assembly—and retain the system’s fire-resistance rating.

Like any other major change to codes and standards, the new fire classification approach requires some attention to detail. To meet requirements for enhanced fire-resistance ratings, you need to specify a tested, listed and identified fire-classified mounting system. If the mounting system’s fire classification meets or exceeds that of the roof, then the installed PV system will maintain the roof’s fire-resistance rating—provided that you install the mounting system according to the manufacturer’s instructions.

Some installation details—such as the use of deflectors or type-tested modules—can be essential to maintaining a PV system’s fire classification. Other details—such as mounting hardware selection or air gap height—may not matter. When in doubt, consult the product installation manual or an applications engineer.

Deflectors. Some mounting systems use a leading-edge deflector, also referred to as a shield or a skirt, to help slow the spread of flame. Deflectors can reduce the perimeter air gap and thereby mitigate the chimney effect that a roof-mounted PV system produces. To maintain an enhanced fire rating, you must install deflectors if they are part of a listed Class A or Class B assembly.

Type-tested modules. While most mounting system manufacturers perform fire classification tests with type-tested PV modules, some may opt to test their products with specific modules. Where the product listing refers to a specific module make or model, you cannot substitute different modules and maintain the fire-resistance rating.

Steep-slope air gap. Industry studies found that a 5-inch air gap is the worst-case scenario for a spread of flame on a steep-slope roof due to the chimney effect. The default air gap for the steep-slope roof spread of flame test is therefore 5 inches. If you are using a mounting system evaluated with this default 5-inch air gap, then you should be able to install the system at any distance off the roof deck and maintain its fire-resistance rating. However, if this is not the case, you need to install the PV system with the air gap distance used for the fire classification tests, which the manufacturer’s instructions should specify.

While system integrators and building officials will encounter a learning curve, the new UL 1703 PV system fire classification requirements should provide a higher level of confidence for building departments, inspectors and PV system owners. You will need to consider which fire-rated mounting systems and module types best meet your needs, particularly when evaluating pricing and inventory issues. Some integrators may choose to standardize on Class A–rated systems that are acceptable in all jurisdictions. Others may opt to purchase Class B– or C–rated systems where a Class A rating is not required, especially if those systems are less expensive.

PRE: Why Anodize and How to measure?