Posted at 04:03h in Blog by Solaracks 0 Comments 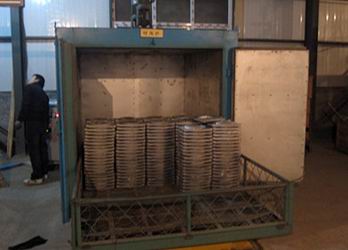 Aluminum tempers are named using a letter, followed by one or more numeric digits. The designations F (as fabricated) and O (annealed) are special cases, and do not use digits.

Tempers using the letter H are used on non-heat-treatable alloys. Most such tempers follow a strict 2-digit system. The first digit (1 through 4) indicates the general sequence of operations. The second digit (1 through 9) indicates the tensile strength of the tempered metal, relative to an alloy-specific benchmark. This benchmark is indicated with the digit 8. Smaller numbers indicate some fraction of the benchmark strength, while 9 lumps together anything that is higher.

The use of 4 as the first digit after H (as in “H4x”) is a bit of a special case. It corresponds to a “strain-hardened and lacquered or painted” condition. ANSI H35.1 explicitly states: “The corresponding H2x or H3x mechanical property limits apply”. Since they lack unique properties, such tempers are not included in the MakeItFrom.com database.

Tempers using the letter T are used on heat-treatable alloys. The numeric system for these tempers is less structured than for the H tempers.

Ultimately, most aluminum tempers seek to increase the strength of the alloy. This generally involves some trade-off in ductility. Alloy composition and non-mechanical properties are not affected.